The INL Director Visits the RTC 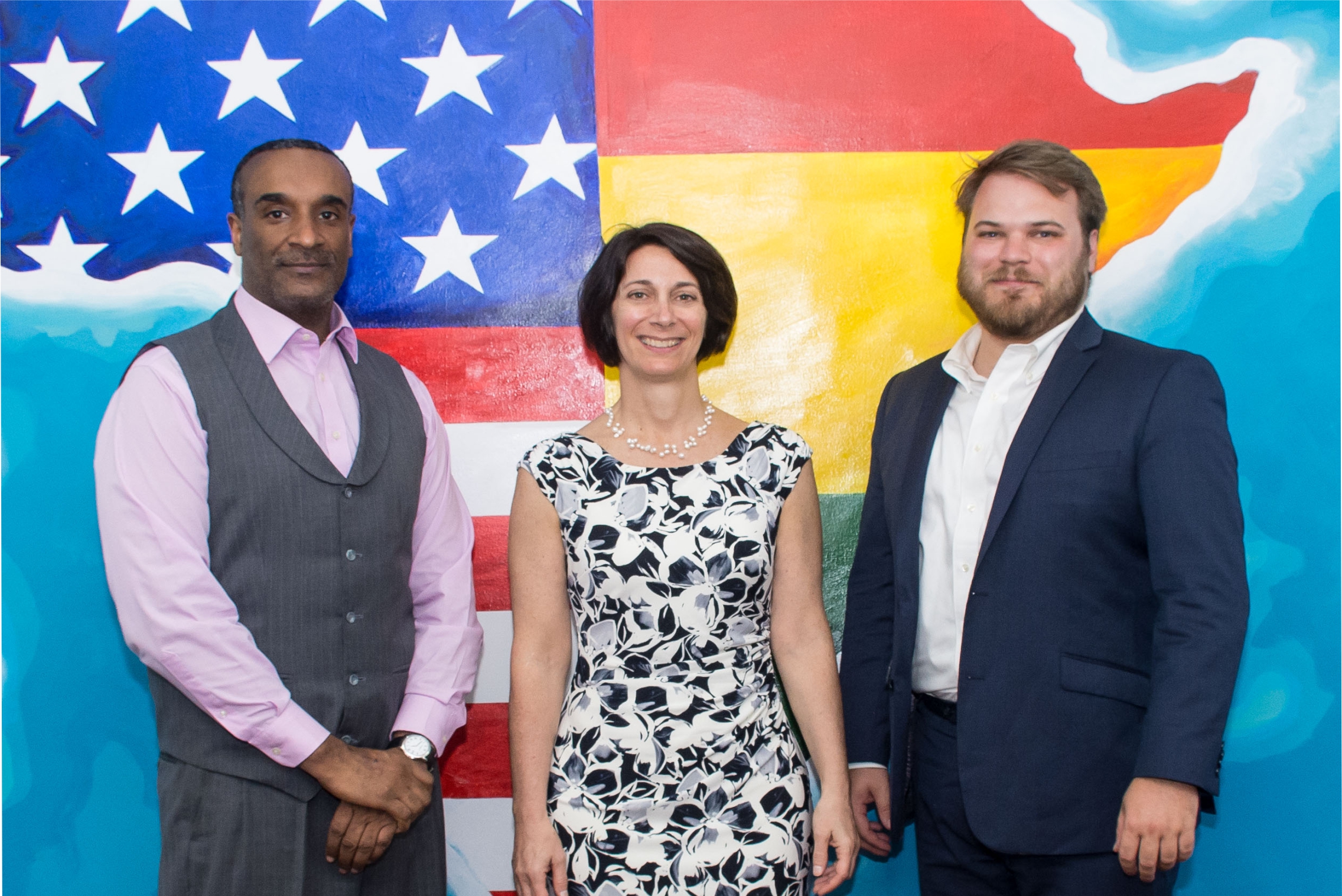 This month, the RTC was privileged to host the Office Director from the U.S. Department of State Bureau of International Narcotics and Law Enforcement Affairs (INL) Anti-crime Program Office in Washington DC – Ms. Snyder. She was accompanied by Mr. Felker also from the INL Wildlife Trafficking Team. The purpose of their visit was to engage with US Government and Ghanaian stakeholders of the RTC program. This was their first visit to the RTC and we had the opportunity to brief them on the RTC operations and procedures.

The RTC director led the tour of the facility highlighting the unique nature of the RTC as an enabling environment where officers train alongside regional and international counterparts on important issues related to Transnational Organized Crime. He emphasized the key role played by the RTC in INL’s strategic training program designed to focus on specific challenges and criminal trends faced by the West African law enforcement community.

Ms. Snyder in a group photo with local staff at the RTC

Ms. Snyder spoke highly of the RTC facility and commended the team for their effort in successfully relocating the RTC to a larger facility. She was particularly intrigued by the neat artwork and display of colors especially at the reception and in the breakout rooms. She also engaged the local staff in informal conversations about their roles at the RTC.

Overall, Ms Snyder was highly impressed by CTP’s staff enthusiasm about their work. She indicated that the RTC could serve as a model for future enhanced changes at other ILEA facilities.

At the end of the tour, she thanked the RTC Director and staff for their time and hoped to visit again in the coming months.