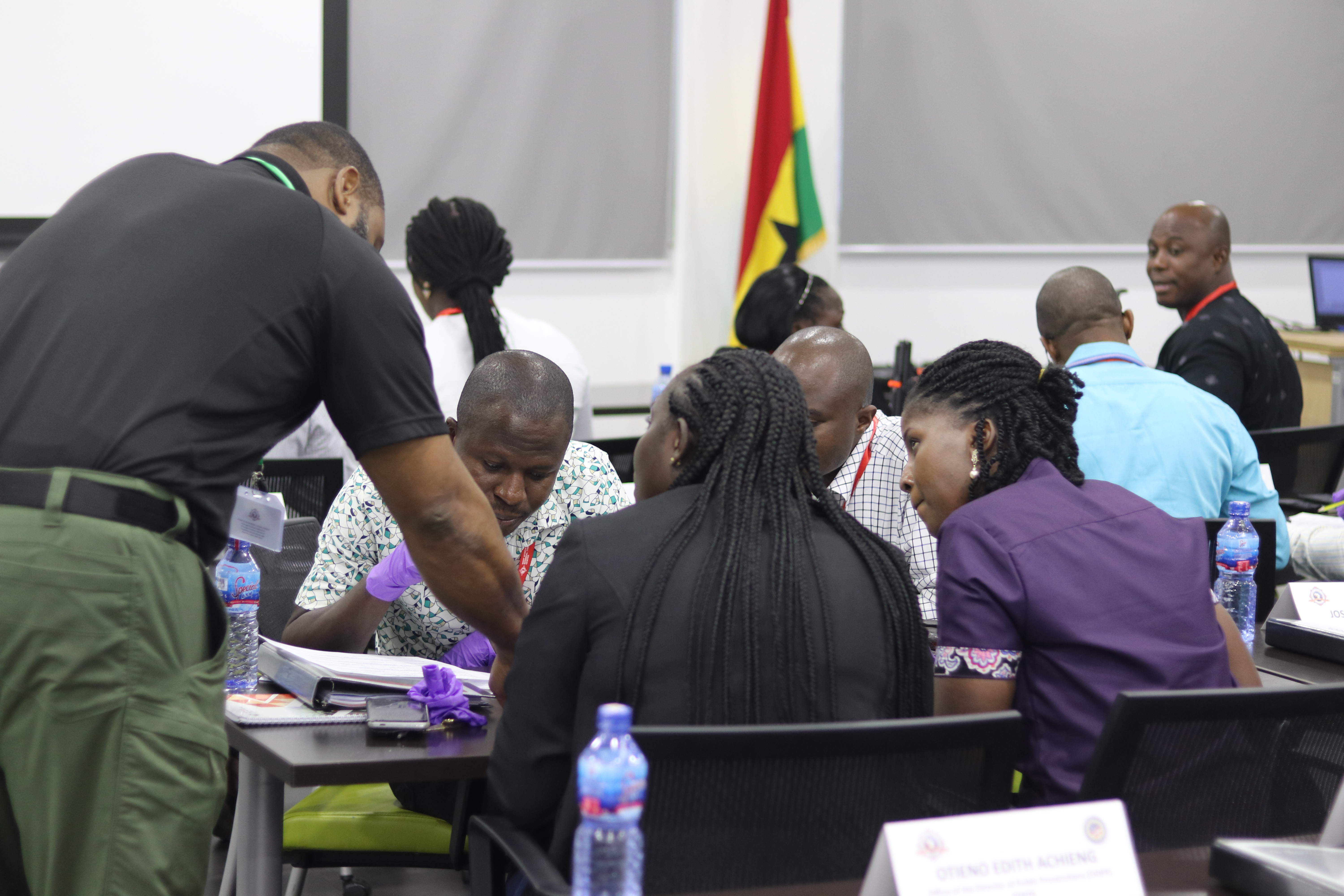 The class was highly interactive as participants identified with the growing concern of illegal weapons and its implication on global security. The class made reference to the Nairobi attack which had occurred during the training week, where explosives and gunfire were used to kill about 14 individuals in Kenya’s capital. A similar incident had also occurred in Ghana within this same period where an undercover investigative journalist was shot and killed by unidentified armed men. Participants expressed how the smuggling of weapons in conflict zones had destabilized several regions and incited high levels of violence and organized crime led by violent extremists. These incidents triggered a huge debate on the magnitude of the situation and the need to develop a mechanism within the region where officers can coordinate on an international level to counter this threat.

The class was highly motivated as they shared experiences and discussed how to improve the safety in our communities within the appropriate legislative framework.

Appreciation goes to the Regional Security Office (RSO) from US Embassy Accra who provided assistance in coordinating a highly successful practical exercise on firearms identification. Participants identified features of a firearm, including the country of origin, serial numbers and manufacturer, which could be crucial information in an investigation.

The social night on Thursday evening made for a fun time of interaction and socialization.  By Friday morning, most participants had built strong partnerships with colleagues from other countries. As they shared their final goodbyes during the graduation ceremony, they promised to keep in touch with the RTC and keep the network.

Stay tuned for more updates in our next newsletter!!