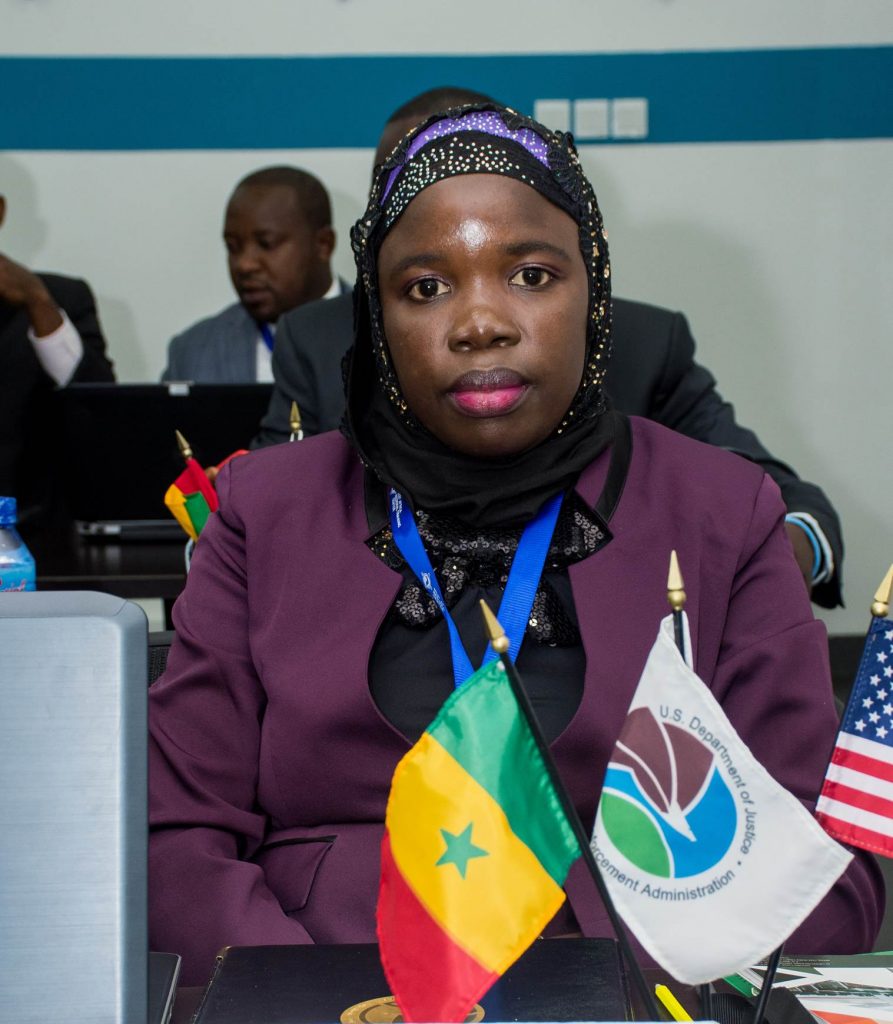 Featuring in our newsletter this month is an alumna who attended RTC training in 2015. She delightfully shared with us what she had been up to since we last hosted her. She recounted her training experience during the Advanced Narcotics Investigations course. In her own words, let’s hear what she had to say!

My name is Ms. Khady and I am an investigator with the Senegal National Gendarmerie. I have been in the service for the past 13 years. In August 2015, I attended the Precursor Chemical Investigations Course, delivered by the US Drug Enforcement Administration (DEA). Prior to this training, I had little knowledge on drugs, especially chemical precursors but by the end of the training, I had gained some basic knowledge in precursor chemicals.

Upon my return home, I used the knowledge acquired at the RTC to successfully complete most of the drug-related investigations under my supervision. The RTC through the DEA instructors provided us with a drug test kit, which has also helped me in my investigations. During drug seizure operations, I use the drug test kit to test and identify the type of drug in question.

In March 2018, we seized some kilograms of a colored substance suspected to be hashish. We ran a quick test with the test kit and we were able to confirm that the seized drugs were hashish.

As a result of the training I received at the RTC, I have also improved upon my report writing and record keeping skills. These two elements are very essential in the investigation process and they have helped in organizing my investigation and writing more technical police reports.

Senegal usually records a lower number of hard drug seizures as compared to soft drugs. The most common soft drug that is frequently used by the drug addicts and traffickers is cannabis. However, the Drug Enforcement Group of the National Gendarmerie recently seized a small amount of hashish that was brought into Senegal. The Senegal National Gendarmerie is investigating the matter and has already taken steps to dismantle drug networks that use Senegal as transit and destination country.

I can boldly say that the just ended Advanced Narcotics Investigations course will go a long way to enhance my professional career. It will enhance my investigative skills as an officer with the drug control group. I am looking forward to attending more of such courses at the RTC.

Please continue sharing your successes with us- we love hearing them. Send us an email at info@westafricartc.org and we’ll get the conversation going.