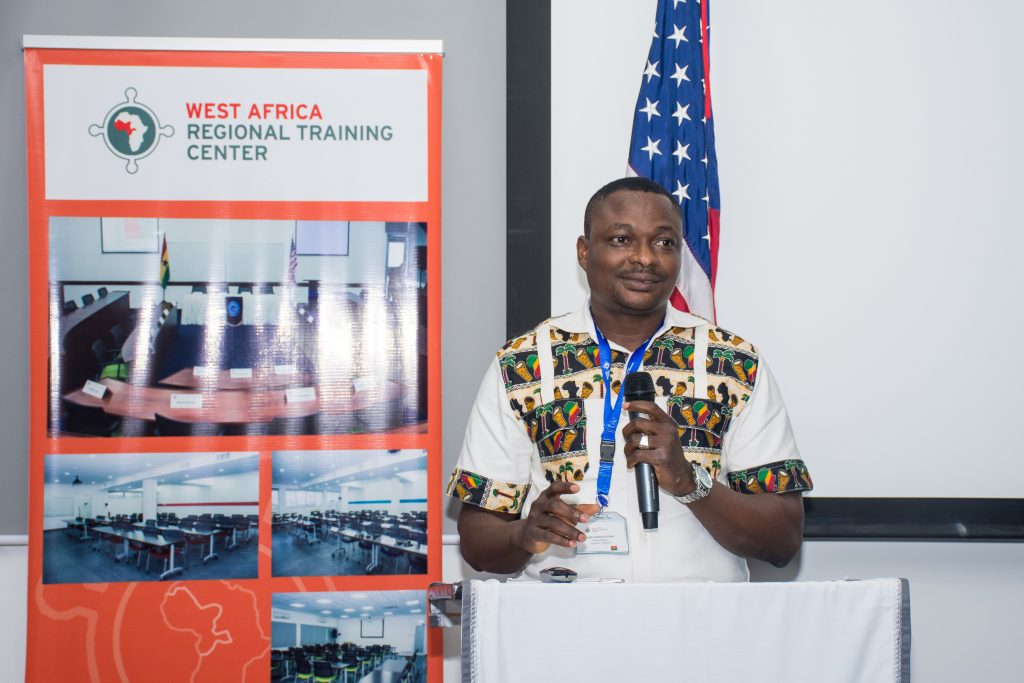 It’s refreshing to know that participants are taking practical steps to adopt the concept of community policing as a strategic tool to combat violent extremism. This month we are happy to feature Mr. Dabire, an alumnus from Burkina Faso. Mr. Dabire attended our Countering Violent Extremism (CVE) – Community Policing Course, last year and shared his major takeaways from the course with us. Let’s hear what he has to say!

Could you introduce yourself and provide a brief overview of your law enforcement career?

My name is Mr. Dabire, a Commissioner of Police in Burkina Faso. I currently serve as the Head of Department at the Community Policing Directorate. I first came into contact with Community Policing in 2008 when I was made the Focal Point in a National Police administrative region. As a focal point, my duty was to receive reports from various stations, summarize them and send them to the appropriate authority. It was at this point that I developed interest for community policing.

Tell us about your experience during the CVE Community Policing Course in November 2016.

A major component that stood out during the last training session in November 2016 focused on how to get closer and engage community members. During the training, we listened to the experiences shared by the other countries concerning community engagement. We drew inspiration from community activities adopted by the other participants which enhanced community engagements. We had the opportunity to learn from other participants and the instructor team from the United States. The instructors shared insight on how community policing is practiced in their home country. We compared their approach with what we practice in Burkina Faso and we realized that there is not much of a difference except that the resources are not the same. We learned concrete tools and skills on community engagement that we later adopted in Burkina Faso.

Delegation from Burkina Faso during a breakout session

How does community policing work in Burkina?

After initiating community policing as a national security policy in 2005, we proceeded with the implementation of an initial five-year plan. Then, an implementing process was adopted to put the basic structures in place, which are called local security councils. The local security councils are advisory bodies established by the security agencies and the population. In every local Security Council, there are ten members in the Executive Bureau, including a representative of the security agencies. Thus, their role is to liaise with the community to find solutions to local security concerns that come up.

At the end of the initial five-year plan, we realized that very few communities had created local security councils. We decided to reorient the idea of community policing to ensure maximum participation of the population. Thus, we visited communities that already have a model for addressing security issues and we were inspired by their initiatives. Subsequently, we advised other communities that did not have any model for addressing security issues to adopt and implement this initiative.

Currently, community policing in Burkina Faso is undergoing reorientation and there is the need for increased skill and knowledge on how to implement it, especially with regard to community participation.

What has been the major challenges faced in your efforts to implement community policing?

In our country, the major challenge is lack of resources. The implementation of the community policing system requires a lot of financial resources. We have also faced social challenges in our bid to ensure the safety of human beings .

What are your major takeaways from the 2017 CVE Communities policing training?

I have learned how to foster better community engagement between the security agencies and the population and I hope to implement this when I return.

Do you have any message for the RTC alumni community?

I appreciate all the efforts by the RTC in delivering courses that are geared towards fighting transnational organized crime and building peace and stability within the sub-region. I like the new RTC facility. It is well designed .I urge all alumni to make good use of the knowledge they acquire at the RTC. I believe these skills and knowledge will go a long way to benefit our countries, the sub-region and Africa as a whole.

Have you taken part in any of our Countering Violent Extremism course series? Please share your experience with us by writing to info@westafricartc.org and we’ll get the conversation going!