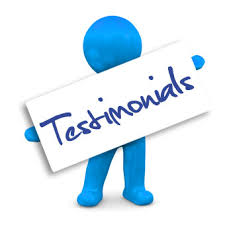 We love hearing about successful operations from our Alumni.

Not only are they a validation of how beneficial our courses are, but other alumni who hear about these stories are also able to learn valuable lessons from them. One such story was narrated by an alumna from Benin, Madam Assiba Chimene Lougbegnon, who attended our AFRICOM/CBP - Women's Leadership Training in 2014. She narrates the story of a successful drug bust, which happened early this year.

In her own words, let’s read her story:

“Hello ladies and gentlemen!  I am a Commissioner of Police in Benin, at the Anti-Trafficking Unit of the airport; I am involved in the fight against trafficking of all kinds.

This month, my colleagues and I experienced an unforgettable story.

We took a suspected traveller in for questioning. He was travelling to Pakistan.  According to my colleagues, he was going to buy heroine, therefore it was necessary to monitor and question him on his return.

The traveller was quite confident and told us that he was innocent. He also pleaded with us to let him go because he did not want to miss his flight. He was pleading so much so that all my colleagues (all of them men) had pity on him.

Although the drug test conducted on his urine was positive to cocaine, my colleagues were all convinced that he was not having anything on him and that it would be better to wait for his return. But i disagreed with them despite his calmness.

Then i prevented him from travelling.

And do you know what? The following day, he defecated pellets of cocaine.

The small lesson that I want to share with all especially, those involved in the fight against trafficking is that the work must be done without any hesitation whatsoever. Moreover, the routes and the modus operandi are changing. Thank you!”

In an ensuing telephone conversation, Madam Lougbegnon revealed that during those tense moments, she recalled that the knowledge gained at the RTC motivated her to make the decision to detain the suspect. There is indeed no greater satisfaction than knowing that our alumni are applying what they learn at the RTC in the execution of their duties.

We are honored to know all of you hard working men and women who risk your lives each day in the fight against transnational organized crime!

[Posted by: Sarah Dadson. Sarah is the Participant & Alumni Coordinator for the West Africa Regional Training Center. Email her at info@westafricartc.org]