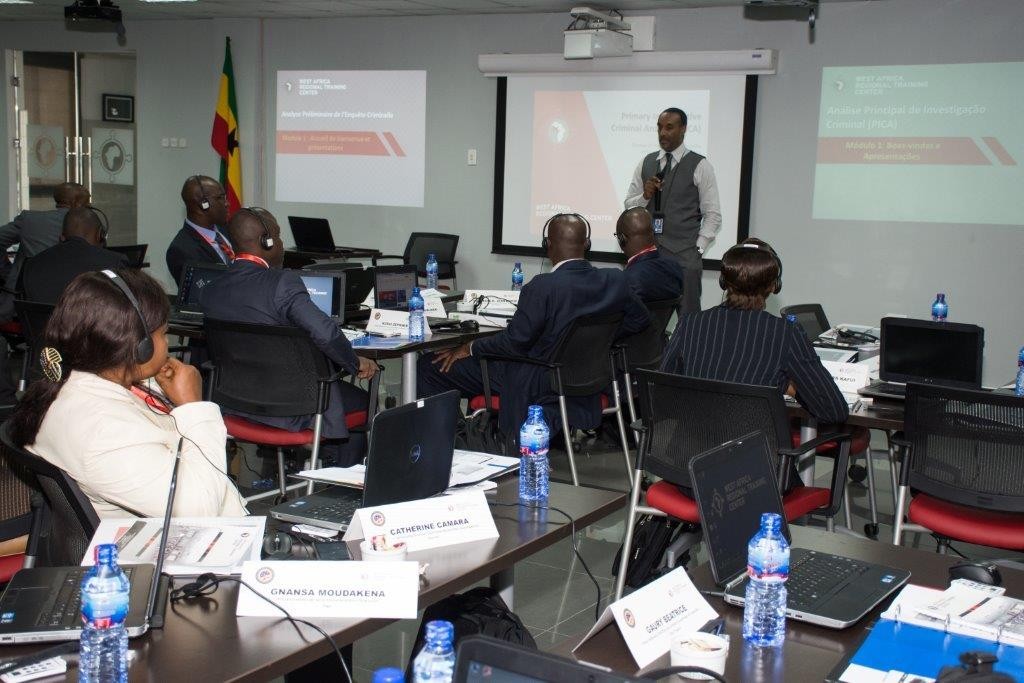 In February 2016, the RTC successfully delivered a Fundamental Investigative Criminal Analysis Course (FICA) to participants representing eight West African countries (Benin, Cape Verde, Cote D’Ivoire, Ghana, Guinea, Nigeria, Senegal and Togo). Of the 37 who attended this course, 35 returned to the RTC for the second installment of the three-part Investigative course series- Primary Investigative Criminal Analysis (PICA). On the first day of class it was evident that these participants had developed a strong camaraderie as law enforcement counterparts, having attended the class together a few months ago.  During class introductions, the instructor team and RTC program management staff were left astounded, as participants spoke about how they had specifically utilized the knowledge acquired from the FICA course in their investigations back home. This month, I’d like to share a few of these “Success Stories” as further validation of the success of the RTC program.

“In Cape Verde at the Police Squadron of Espargos, (where I am Commander) after the conclusion of the first phase of the training , we were involved in an investigation of fraud and abuse of trust involving three citizens of Sao Tome, pretending to be faith healers. During the investigation, we utilized the Association Matrices and Time Event Charts to reorganize our ideas to link the facts and suspects. Since I had received my Police training in Portugal and had a classmate from Sao Tome during the trainings, I contacted her using Facebook and asked her for any information on the suspected criminals. Two days later, she confirmed that the three suspects were known criminals in Sao Tome including the fact that they were expelled from the Sao Tome National Police for serious fraud. We proceeded to the prosecutor’s office with our facts and at this moment the suspects are under the custody of our courts. Notwithstanding, before this investigation, I had shared the knowledge gained at the training with my colleagues and the Head of Criminal Investigations.

“The Fundamental Investigative Criminal training I attended at the RTC in February, 2016 is very useful in my present job schedule as an Investigator with the National Agency for the Prohibition of Traffic in Persons (Nigeria) as it has reformed my thinking.

Now, I can reduce a huge file to a very manageable level that can be understood at first glance by just anybody – investigators and prosecutors alike. Presentation of cases before the judge is easier because of the training.

RFFlow software that is the core of the training has made linking of criminal mind to places, persons and the crime itself possible, it is amazing how this piece of software work.

I am delighted to have attended the training, it is invaluable and I thank INL for the opportunity. I am proud to say that I was promoted to the position of Principal Intelligence Officer after the training”

“In the forest region of my country where road bandits with arms usually attack vehicles, I normally use Google Earth (Satellite View) to identify their possible hideouts. I have been using intelligence from past cases for the past four years; however knowledge from this training has gone a long way to help reduce vehicle attacks in my region. The possible hideouts of the bandits were identified, thanks to Google Earth before men were deployed to help curb these attacks.  Intelligence gathered was shared and the operations were well coordinated. We were also able to track a vehicle that was taken by the road bandits after one of their numerous attacks.