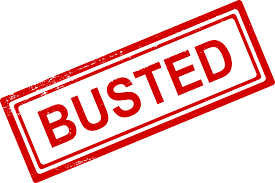 Our favorite newsletter segment is our Success Story corner- we love hearing success stories which show the added value of our training, on your law enforcement careers. This month, we’d like to share a story from an alumnus who attended our Interviewing Techniques course last year. Quite a great read- we hope it spurs you on, as you continue to work hard, to keep our societies safe!

I am an officer of the Narcotics Control Board (NACOB) –Ghana. I have participated in a number of trainings at the RTC since joining NACOB. The fact that these trainings have impacted positively on my work as a law enforcement officer is not in doubt. However, I would like to talk about one training I received recently and how greatly it has helped me in my work.

From 11th to 15th December 2018, I participated in a training program organized by the RTC in collaboration with the Federal Law Enforcement Training Centre (FLETC). The training was on Advanced Interviewing Skills for Law Enforcement Officers. In this training, we were taught modern interviewing methods such as the cognitive interviewing and the Strategic Use of Evidence (SUE) method. Under the SUE method, (which has been useful to me recently), incriminating evidence obtained on the suspect is presented gradually and strategically in order to solicit maximum information from the suspect. This is opposed to the traditional method of bombarding suspects with all evidence obtained against him/her and soliciting a response.

I am part of a team of investigators investigating a case of drug trafficking and money laundering involving an international drug syndicate. This syndicate is involved in trafficking cocaine from the Caribbean, through the United States to Ghana using the postal services. In all, close to 50kg of cocaine was seized and nine (9) suspects are currently standing trial in the High Court (Criminal Division) of Ghana. When the drugs are received in Ghana, they are sold, and the proceeds repatriated to foreign accounts in the US, Latin America and the Caribbean. Some of the proceeds are also transferred using the Hawala system of transfer.

In February 2019, we obtained and executed a search warrant on the residence of the leader of the syndicate who is currently standing trial in absentia. Several incriminating documentary evidence were obtained during this search. The team had to interview the caretaker of the property of the leader of the Syndicate and I was chosen to lead the team of officers to conduct the interview, based on my participation in this FLETC training. I discovered that, the caretaker of the properties is also the senior brother of the leader of the syndicate and has been managing the properties and businesses of the leader for over 5 years. The team had evidence suggesting the involvement of this caretaker in the drug trafficking business. In the interview, this caretaker flatly denied any knowledge or involvement in the said illicit activities of his brother and associates. Each and every time he is questioned, this caretaker will answer the question while withholding information about his involvement and knowledge of the drug trafficking business. Ordinarily and traditionally, we would have confronted the interviewee with all the evidence we had at once and ask him to respond. However, with the benefit of this training and the SUE method, I led the team to strategically and gradually introduce the interviewee to the various pieces of evidence we had gathered about him over the period and finally the interviewee had no option than to confess to the crime, his knowledge and involvement in the said crime. Clearly, this wouldn’t have been possible but for the training received from the experienced instructors’ from FLETC and the kind courtesy of RTC. I am very grateful for the opportunity and hope to do more with the knowledge impacted into me through the various trainings I have received from the RTC and the US Government.

Amazing, isn’t it? We love receiving stories like these- please reach out to us via info@westafricartc.org and we’ll get the conversation started!